Expand to Services to grow revenue

I saw a recent podcast by Shantanu Deshpande from Bombay Shaving Company where he mentioned something very interesting.

He told that with their current product line, they'd be able to reach a revenue of roughly Rs. 350 crores per year. But from there, if they have to go to Rs. 1,000 crores of annual revenues, they'd have to expand to service business lines, like opening Salons, etc.I found it very interesting and I thought 'which other startups have expanded to service business beyond a certain scale?' and I came up with several names.1. Nykaa started with e-commerce and D2C but later opened Nykaa stores2. Unacademy and PW (PhysicsWallah) started with an online platform but are now getting into coaching centers3. Pepperfry started with e-commerce but later opened shopping stores4. Zomato started with an App-based restaurant discovery platform but later expanded to food delivery5. Automobile companies started with automobiles as their product but later expanded to service centers6. Even companies like Apple have service centers from where they make huge revenues.Service Businesses are known to be profitable. So eventually, many startups gravitate towards that when they look for growth beyond a certain point. Getting into Services on day one is tough because customers may not trust the Business. But once the Business has established a brand via its product, it's easy to acquire customers for services.What other example can you provide of a startup that expanded to services beyond a certain stage?
at December 04, 2022 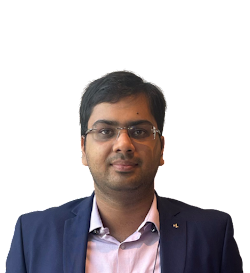